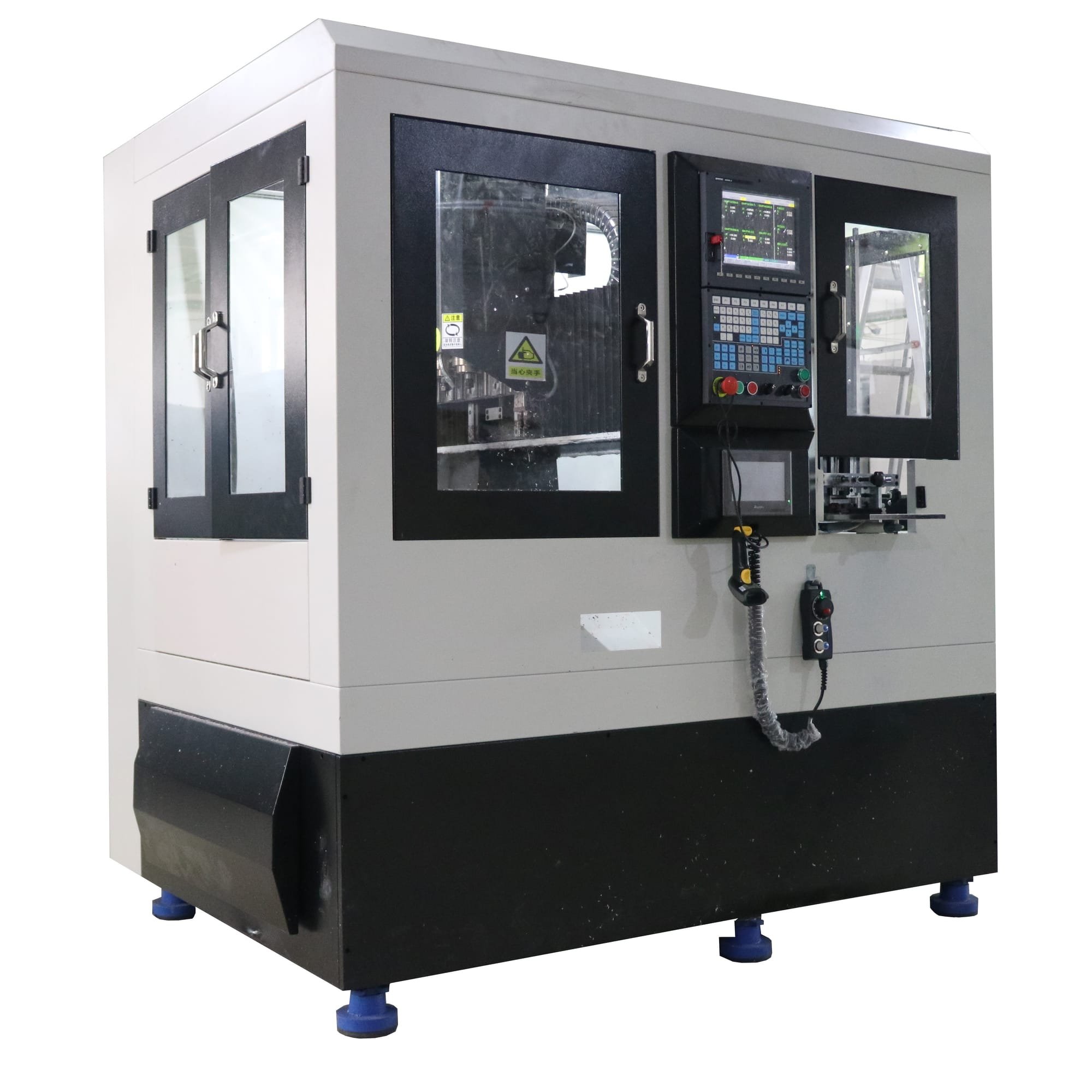 In recent years, five-axis CNC machining centers have been used more and more widely in various fields. In practical applications, five-axis linkage technology is undoubtedly an important means to solve such problems whenever people encounter high-efficiency and high-quality machining problems of complex and complex parts. More and more manufacturers are tempted to find five-axis equipment to meet high efficiency and high quality processing. But are you really understanding five-axis machining?

One acting on the workpiece (one swing and one turn) 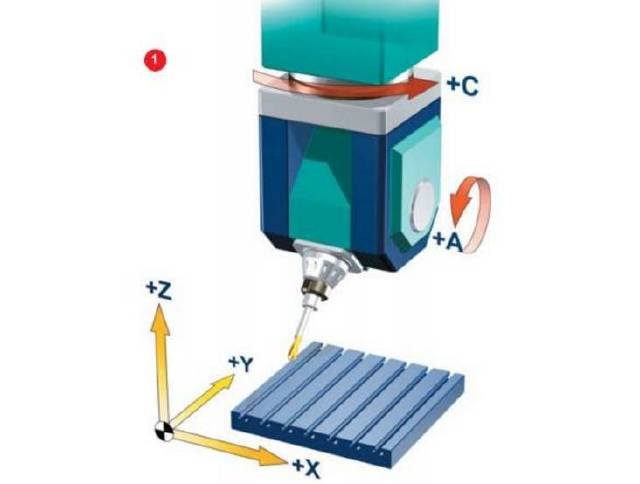 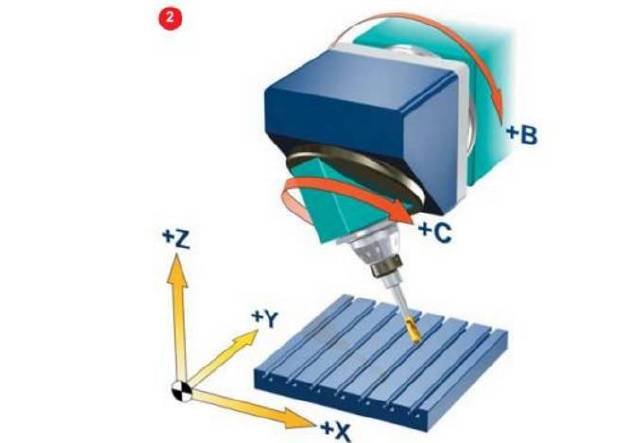 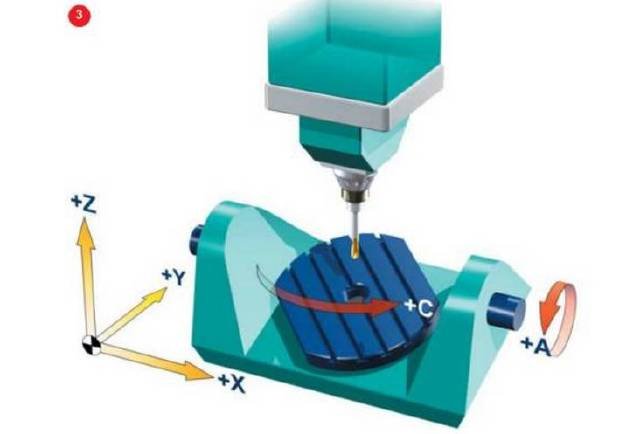 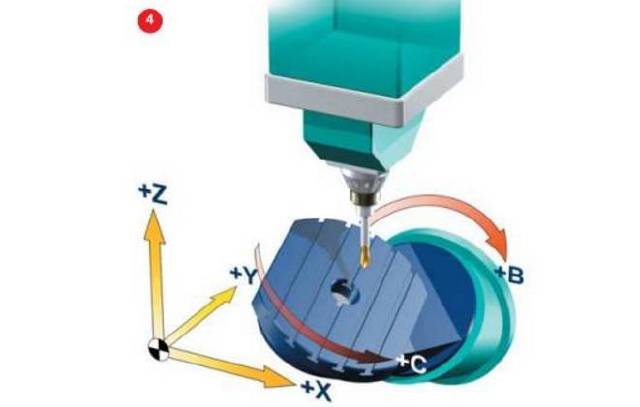 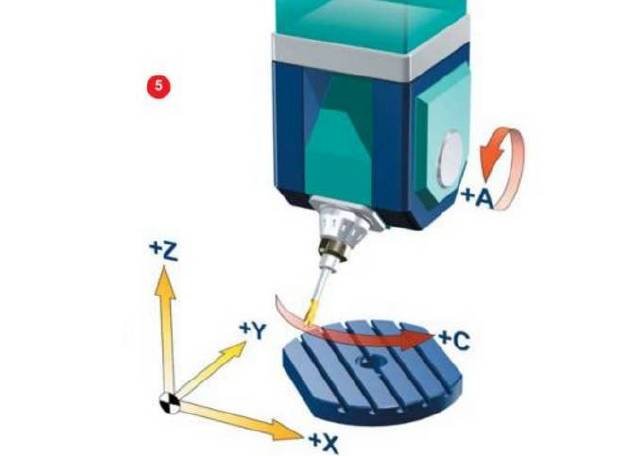 Speaking of the characteristics of the five-axis machine tool, it is necessary to compare with the traditional three-axis equipment. Three-axis machining equipment is relatively common in production, including vertical, horizontal and gantry. Common machining methods include end mill edge machining and side edge machining. The contouring of the ball head knife and so on. But no matter which form and method has a common feature, the direction of the tool axis remains constant during the machining process. The machine tool can only realize the rectangular coordinate of the tool in space by interpolation of three linear axes of X, Y and Z. The movement in the system. Therefore, in the face of the following products, the disadvantages of low efficiency, poor surface quality and even inability to process the three-axis machine are exposed.

Compared with the three-axis CNC machining equipment, the five-link CNC machine has the following advantages:

1. Maintain the optimal cutting state of the tool and improve the cutting conditions

As shown above, in the three-axis cutting mode on the left, when the cutting tool moves toward the tip or the edge of the workpiece, the cutting state gradually deteriorates. To maintain optimum cutting conditions here, you need to rotate the table. And if we want to completely machine an irregular plane, we must rotate the table multiple times in different directions. It can be seen that the five-axis machine can also avoid the situation that the ball end mill center point line speed is 0, and obtain better surface quality.

As shown above, for the components such as impellers, blades and integral blade discs used in the aerospace industry, the three-axis equipment cannot meet the process requirements due to interference. A five-axis machine can be satisfied. At the same time, the five-axis machine can also use shorter tools for machining, increase the rigidity of the system, reduce the number of tools, and avoid the generation of special tools. For our business owners, it means that the cost of the tool, the five-axis machine will save you money!

3. Reduce the number of clamping times, complete the five-sided processing in one setup

As can be seen from the above figure, the five-axis machining center can also reduce the reference conversion and improve the machining accuracy. In the actual processing, only one clamping is required, and the machining accuracy is more easily guaranteed. At the same time, due to the shortening of the process chain and the reduction of the number of equipment, the five-axis machining center also reduces the number of fixtures, workshop floor space and equipment maintenance costs. This means you can achieve more efficient and higher quality machining with fewer fixtures, less plant space and maintenance costs!

As shown in the figure, the five-axis machine tool can be cut by the tool side edge, which is more efficient.

The complete machining of the five-axis CNC machine tool greatly shortens the production process chain and simplifies production management and scheduling. The more complex the workpiece, the more obvious its advantages over the traditional process-dispersed production methods.

For aerospace, automotive and other companies, some new product parts and forming molds are complex in shape and high in precision. Therefore, a five-axis CNC machining center with high flexibility, high precision, high integration and complete processing capability can be used. It is a good solution to the accuracy and cycle problems of complex parts processing in the process of new product development, greatly shortening the development cycle and improving the success rate of new products.

RTCP, in the high-end five-axis CNC system, thinks that RTCP is the Rotated Tool Center Point, which is what we often call the tool nose point following function. In the five-axis machining, when the tool nose point trajectory and the attitude between the tool and the workpiece are pursued, additional motion of the tool nose point is generated due to the slewing motion. The control points of the numerical control system often do not coincide with the point of the tool tip. Therefore, the numerical control system must automatically correct the control points to ensure that the tool tip point moves according to the predetermined trajectory of the command. The industry also has this feature called TCPM, TCPC or RPCP. In fact, the functional definition of these names is similar to RTCP. In a strict sense, the RTCP function is used in the double-swing head structure, and the center point of the oscillating head is used to compensate. The RPCP function is mainly applied to a machine tool in the form of a double turntable, and the compensation is due to the change of the linear axis coordinate caused by the rotation of the workpiece. In fact, these functions are the same, in order to keep the tool center point and the actual contact point between the tool and the workpiece surface unchanged. Therefore, for the convenience of description, this paper unifies this kind of technology as RTCP technology.

So how is the RTCP function generated? Many years ago, when the five-axis machine tool was just popularized in the market, the RTCP concept was widely publicized by machine tool manufacturers. At that time, the RTCP function was more like a gimmick for technology and technology. More people are enthusiastic and hyped about the technology itself. In fact, the RTCP function is just the opposite. It is not only a good technology, but also a good technology that can bring benefits and create value for customers. The machine tool with RTCP technology (also known as the true five-axis machine tool in China), the operator does not have to accurately align the workpiece with the axis of the turntable, and the machine tool automatically compensates for the offset, greatly reducing the auxiliary time and improving the processing. Precision. At the same time, the post-processing is simple to make, as long as the coordinates and vector of the tool tip point are output. As we said before, in the mechanical structure, the five-axis CNC machine tool mainly has a double swing head, a double turntable, a swing and a turn.

Below we will take the double turntable high-end five-axis CNC system as an example to introduce the RTCP function in detail.

Ok, let's explain after reading the definition. As shown in the figure above, the 4th axis of the machine tool is the A axis, and the 5th axis is the C axis. The workpiece is placed on the C-axis turntable. When the A-axis of the 4th axis is rotated, since the C-axis is mounted on the A-axis, the C-axis attitude is also affected. For the same reason, for the workpiece we placed on the turntable, if we program the tool center cutting, the change of the rotation coordinate will inevitably lead to the change of the X, Y and Z coordinates of the linear axis, resulting in a relative displacement. In order to eliminate this displacement, the machine tool must compensate for it. RTCP is the function to eliminate this compensation.

So how does the machine compensate for this offset? Next we will analyze how this offset is generated.

According to the previous article, we all know that the shift of the linear axis coordinates is caused by the change of the rotation coordinates. Then it is especially important to analyze the center of rotation of the rotating shaft. For a double turntable machine, the control point of the C axis, which is the 5th axis, is usually at the center of rotation of the machine table. The 4th axis usually selects the midpoint of the fourth axis as the control point.

As you can see here, for machines with RTCP functionality, the control system keeps the tool center in the programmed position. In this case, programming is independent and is programming that is independent of machine motion. When programming on the machine, you don't have to worry about machine movement and tool length. All you need to consider is the relative motion between the tool and the workpiece. The remaining work control system will be done for you. for example:

As shown above, the control system does not consider the tool length without the RTCP function. The tool rotates around the center of the axis. The tip will move out of its position and will no longer be fixed.

As shown above, with the RTCP function on, the control system only changes the tool direction and the tool nose position remains unchanged. The necessary compensation motion on the X, Y, and Z axes has been automatically calculated.

The same part, machine change or tool change, must be re-executed CAM programming and post-processing. Moreover, the fake five-axis machine tool needs to ensure that the workpiece is in the center of the rotation center of the table when clamping the workpiece. For the operator, this means that a large amount of clamping time is required, and the precision is not guaranteed. Even if it is indexing, the fake five-axis is a lot of trouble. The true five-axis only needs to set a coordinate system, and only one tool is needed to complete the machining.

The fake five-axis is based on post-processing technology, which shows the positional relationship between the fourth axis and the fifth axis of the machine tool to compensate the displacement of the rotary axis to the linear axis coordinate. The generated CNC programs X, Y, and Z are not only the programming approach points, but also include the necessary compensation on the X, Y, and Z axes. The result of such processing not only leads to insufficient processing precision, low efficiency, the generated program is not versatile, and the labor cost required is also high. At the same time, due to the different rotation parameters of each machine tool, there must be corresponding post-processing files, which will cause great inconvenience to the production. In addition, the pseudo five-axis generation program can not be changed, and it is basically impossible to implement manual five-axis programming. At the same time, because there is no RTCP function, many of the five-axis advanced functions derived from it cannot be used, such as the five-axis tool compensation function. In fact, for a five-axis machine tool, it is just a tool for us to achieve the processing results, there is no true and false points. What is important is that our process determines the way in which it is processed. Relatively speaking, true five-axis machines are more cost effective.